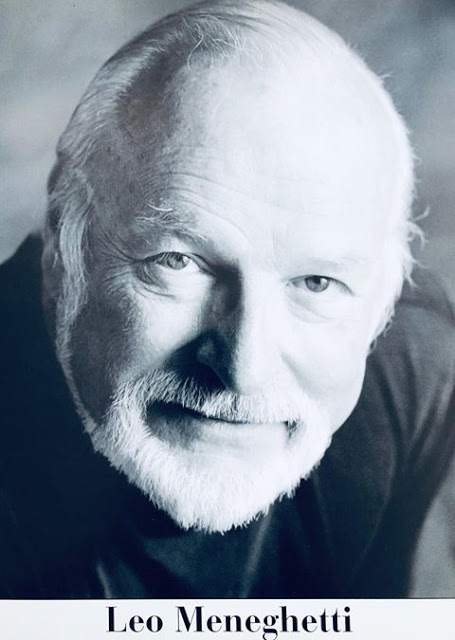 One of the most memorable characters from the popular Heisei Godzilla series entry Godzilla vs. Mechagodzilla II (1993) is Dr. Asimov, who in many ways steals the show from his Japanese counterparts. But the man behind the character has remained quite elusive — until now.

Joseph Leo Meneghetti was born in Texas on September 28, 1943. Standing 6’5” and weighting about 220 lbs., he literally stood out as a foreigner in Japan. This no doubt helped earn him many acting roles, which also include Haruki Kadokawa’s Dirty Hero (1982) and the Toei Metal Hero program Mobile Cop Jiban (1989-90). Sadly, Mr. Meneghetti passed away on July 13, 2005. In this April 2019 interview, Mr. Meneghetti’s widow, Hiromi, shares the details of his life with Godzilla fans around the world.

Brett Homenick: According to various websites, Leo Meneghetti was born in Venice, Italy. Is that true?

Hiromi Meneghetti: He was born in Marshall, TX, to Johnny and Rita Meneghetti. Both families’ ancestors were immigrants from Italy. He was the second of three children.

BH: Growing up, where did he live and go to school? Did he attend university?

HM: When he was a baby, his asthma had been bad, so his father who worked at a railroad company decided to move from Marshall to Toyah, Texas. At age 12, his father passed away, and his mother who owned a little restaurant raised him. He played football and basketball during his school age. He graduated from Toyah High School and attended (but did not graduate from) St. Mary’s University in San Antonio, TX.

BH: I understand he had a military background. What can you tell us about his service?

HM: During his college years, he enlisted in the Army. I am not sure about his active duty history. He told me his early assignment was as a general’s driver in Japan (Camp Zama or the office located inside or near the Sanno Hotel). Then he was deployed to the Vietnam War. I am not sure, but around this time, he married Ms. Kayoko, (his previous wife) and between them they had two sons, Joseph (Joe) and John. After the war, he’d been to the Presidio (in San Francisco), Turkey, Saudi Arabia, South Korea, and back to Camp Zama as a club manager, and then retired.

BH: What sort of work did he do in Japan?

HM: After he retired from the Army, he became a DOD civilian and worked under the MWR division of the Yokohama AFB. He worked 13 years as a manager of the Tama Hills Recreation Center, running the dining and lodging facilities. In 1998, he returned to the States and became a lodging manager at Beale AFB, California.

Then, in 2003, he had a job at the Camp Humphreys Army base in South Korea and was promoted to area director, which was his last (job). He was diagnosed with terminal cancer during that time, treated at the Tripler Army Medical Center in Hawaii, and his life ended in July 2005.

BH: When and where did you first meet Mr. Meneghetti?

HM: I met him when he was working in Tama and married him in 1994 in Hawaii. Between us, we have two children, Annamarie and Christopher. Leo was a very (good) entertainer, good at managing hospitality, and a good cook. (His prime rib was fantastic! I regret not having the recipe.) He was a funny and optimistic person, a good dad, a Texan, and the bravest man in my life. He loved Japan, sushi (especially otoro), and people.

BH: What were some of his hobbies and interests?

HM: His hobbies were acting, watching movies and dramas (his favorites were John Wayne, Sean Connery, Clint Eastwood, etc.), listening to country music and rock (Elvis, Cher, and others), horseback riding, cheering his favorite sports teams (Dallas Cowboys and Sacramento Kings), and playing golf. His favorite beer was Kirin Ichiban Shibori, and he was a Tex-Mex food lover, too.

BH: According to one of his fellow actors, Mr. Meneghetti lived for a time in Camp Zama and took care of some horses out there. Is that accurate?

HM: He rode a white horse named Diamond. The Tama lodge had a horse stable, and he/she was one of them, but very wild. Leo and Diamond bonded.

BH: Would you happen to know how he got involved in acting?

HM: His acting and modeling career might have started when he assigned to Camp Zama (the second time). Often, modeling agencies went to bases, scouting models. He signed up with one when a modeling agency came to scout, and then he worked for several agents when they offered and sent him auditions for jobs.

Mainly, he worked with J-Planning, Motoko Inagawa, E-promotion , and K-Planning. He did magazines, newspaper ads, TV commercials, dramas, and movies. He tried live stage shows, too.

BH: Mr. Meneghetti is best known in the U.S. for his role as Dr. Asimov in Godzilla vs. Mechagodzilla II (1993). Did he ever talk about this movie?

HM: When he got the role of Dr. Asimov in Godzilla, his dialogue was in Russian, so he had a hard time at that time. I remember he practiced at home.

Another movie he did was Drug Connection (Kyokuto Kuroshakai, 1993). He was an Italian Mafia (member). He worked with Sho Kosugi. On Mobile Cop Jiban (1989-90), he played Dr. Giba and was pretty famous with fans. Also, he was in the drama I Have No Money with a regular role, also the NHK BS kids show Fruits Sunday with a regular role as a cook. He cooked on the show. 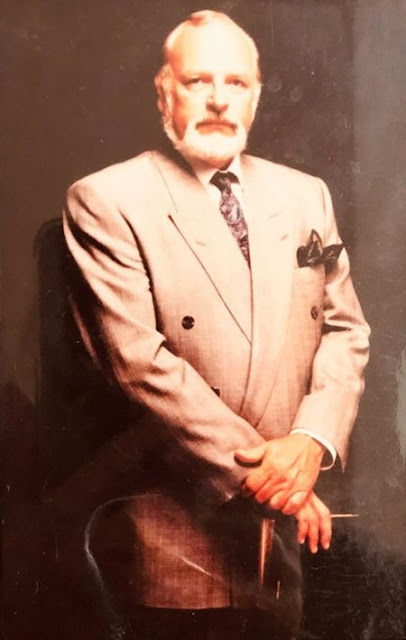 BH: Did he ever talk to you about his acting roles or what it was like to work in Japanese productions? If so, what did he tell you?

HM: He loved his acting jobs, met people, and made many long-term friendships with them. He had passion, and his dream was to act in a Hollywood movie. Between 1988 and 2003, he contacted some acting agencies to get registered. He tried several auditions around the Sacramento area. He attended some classes for acting, too. Unfortunately, his dream didn’t come true. He finished his career when we moved to South Korea in 2003.