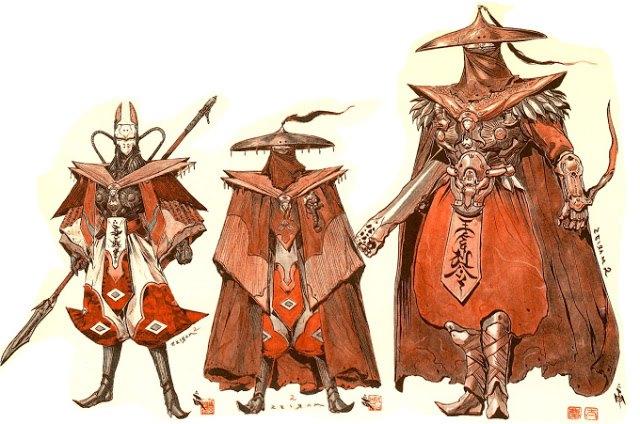 Keita Amemiya has proven to be one of Japan’s most popular filmmakers. As the director of films such as Zeiram (1991), Mechanical Violator Hakaider (1995), and Moon of Tao (1997), Mr. Amemiya has amassed a following that few of his contemporaries can match. Mr. Amemiya answered Brett Homenick’s questions about his career in a 2007 interview translated by Jolyon Yates.

Brett Homenick: How did you get interested in special effects movies and TV shows?

Keita Amemiya: Since I was a young boy, I’ve loved strange things. That hasn’t changed up to now.

BH: How did you get started in the entertainment business?

KA: I had a part time job during my student years, working in post-production on commercial films. At that time, I became interested in the professional techniques behind independent movie making. After getting a company job, I applied myself to learning the fundamentals of picture making. From there, I established the independent company “CROWD.”

BH: You worked on the Toho film Gunhed (1989). What work did you perform on this film?

KA: I did post-production work, drawing the animation for dramatic laser beam and gun discharge.

KA: A movie company was interested in a new production. The original title was “HP9999,” with a video game theme, about a robot and a young man, a two character story. The project began, but I wanted a heroine and fortunately created Iria.

BH: As a writer, did you have ideas for Zeiram that you decided to change?

KA: Because of the limitations of the shoot location, changes sometimes had to be made.

BH: What was it like to work with Yuko Moriyama, the female lead?

KA: She’s a splendid actress. She’s an impressive figure, unflinching from the challenges of action. I can’t imagine Iria without her.

BH: Do you have any other stories to tell about Zeiram?

KA: There are many which can’t be recorded here. Although I will say, this thing involved a 37 hour shoot without sleep or rest. It was a lot of fun which I now think of fondly.

BH: Kyoryu Sentai Zyuranger (1992-93) is a well-known Super Sentai program (which later became Mighty Morphin Power Rangers in the U.S.). What can you tell us about your work on this show?

KA: I was guest director on two episodes. We tried to get the elaborate shots in one cut.

KA: The fans and I wanted to see more of the first meeting with Iria.

BH: What do you remember most about working on Zeiram 2?

KA: The challenge was to shoot Iria as even more beautiful, strong, and cool than the first time; that was our goal. In Zeiram 2 the focus of the movie was on Iria.

BH: Mechanical Violator Hakaider (1995) is a very impressive movie. What did you think of making Hakaider the good guy and the people of “Jesus Town” the bad guys?

KA: That was a decision at the pre-production stage. I put a lot of thought into the details of the matter, primarily the design and artwork of the characters’ appearance.

BH: On Hakaider, did you find anything difficult to film?

KA: The night time bike chase scene was difficult. Preparing the photography, the stunt devices, the smoke effects, the lighting, and so on was very serious. Then we had a very cold winter shoot.

BH: Hakaider features stop-motion animation. Were you involved with this process at all?

KA: As I recall, (I was involved in the process) for about a week.

BH: Moon of Tao (1997) combines many genres, such as samurai films and science fiction. Could you describe the process of writing this film?

KA: On thinking about the movie I wanted to see, the plan developed towards complementing the anime, integrating the story line with the anime.

BH: Moon of Tao features a giant monster. What was it like to work with the full-scale monster suit?

KA: (The suit) wasn’t very practical. But on the actual location the giant monster was useful. It was very encouraging for me I think.

BH: Do you have any final comments?

KA: My latest project is a sort of compilation work, called GARO (see http://en.wikipedia.org/wiki/GARO). I respectfully ask if you would please watch my works and get an idea of my thoughts.

Special thanks to Fumiko Kameyama.